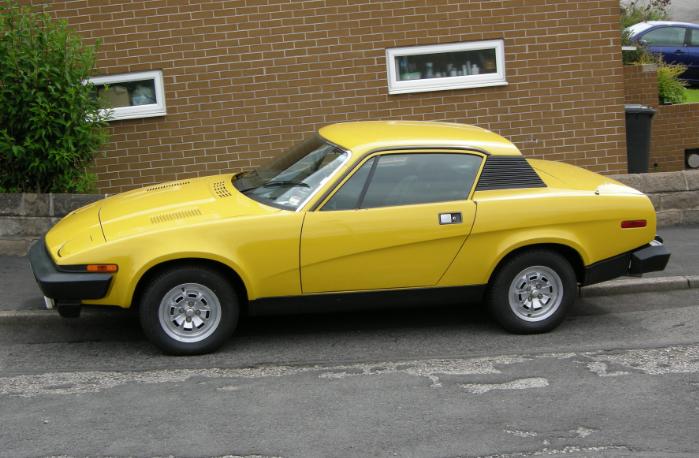 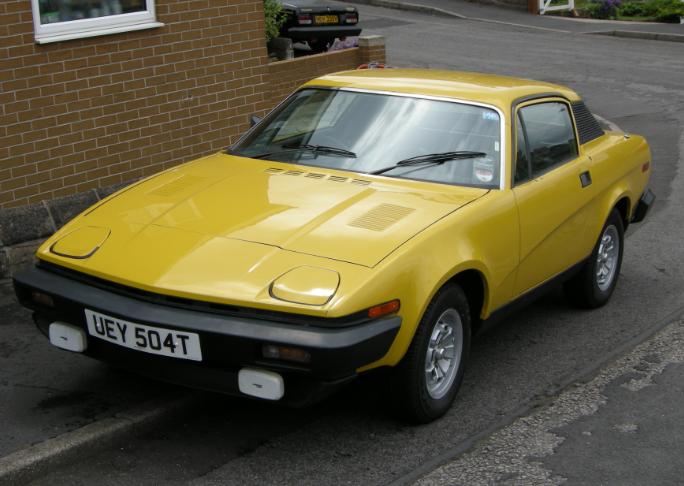 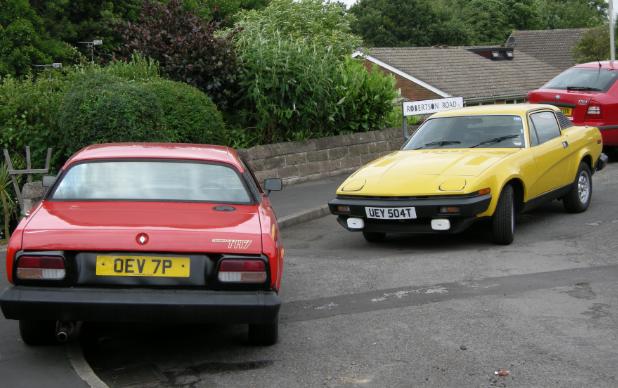 We recently bought back our genuine TR8 FHC ACN 1080.I sold it to our good friend Glen Jones who rebuilt from the boxes of bits we sold him two years ago. Its inca yellow with green check interior. This was one of the first batch of FHC TR8s built in 1977, the majority went to the US but our car stayed in the UK for fuel injection testing. Still fitted with its 3.5 EFI engine it was loaned to Lucas to carry out tests on the stillborn 1982 model year TR8. In August 1982 it was sold at auction in the big sell off which included many of the UK spec TR8 convertibles. Another interesting feature is the one piece mat which covered the whole of the boot floor and sides, another item which could have been used if production had been continued. This is a 1980 TR8 US spec car finished in Midas gold. It has been the subject of a full nut and bolt restoration, this took approximately 6 years and was finished in 1996. I bought the car in 1999 from Glenn Jones who had completed the restoration to a very high standard. Its first show appearance was the TR8 day at the TR Drivers club national weekend at Billing Aquadrome in July 1999. In 2001 the car had its best year ever, winning the title Overall best TR as well as best TR7/8 at the TR Register international weekend at Malvern. It had also been shown at the TR Drivers club national weekend where its stablemate DWR 568W won best TR8 in the display. The following year the car won best TR8 at Billing and came 3rd in the Master class at Malvern before being rested from concourse events for 2 years.

This car has now been sold. This is our 1981 Bordeaux red Triumph TR8 efi, when I bought this car in 1999 it had only covered 2,400 miles. It was featured in Triumph World magazine in 1996 with only 678 miles on the clock. Recently sold with a genuine 6400 miles recorded. A totally original car apart from the professional RHD conversion, carried out using all genuine parts including the very rare power steering rack. Front of the car showing the rubber US spec bumper.